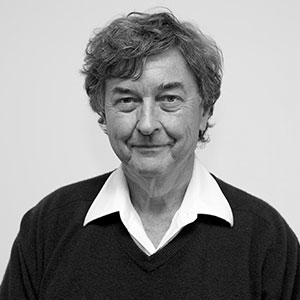 In the area of technology, Phelps invented the Positron Emission Tomography (PET) scanner with his post doc at the time, Edward Hoffman. With colleagues Simon Cherry and Arion Chatziioannou, he invented a miniaturized preclinical PET scanner, microPET, to provide a pathway for in vitro biological sciences to translate their discoveries to in vivo in animal models of disease, and then into molecular imaging of the biology of disease in patients. Further, with his UCLA colleagues, he invented a PC controlled small, self-shield cyclotron with automated synthesis of radiolabeled imaging probes for PET that formed the basis of the worldwide distribution of PET radiopharmacies.

With UCLA colleagues and students, Phelps developed numerous in vivo assays for PET that provide measurements for, and images of, biological, biochemical and pharmacological processes, from gene expression and signal transduction to rates of various biochemical reactions from metabolism to DNA synthesis, as well as pharmacokinetics and pharmacodynamics for drugs. He has employed these assays to study normal biological processes of various organ systems, as well as the biology and biochemistry of cancer, neurological disorders, autoimmune-diseases and pharmacology of drug interactions, in patients and animal models of disease. These assays are then transitioned to clinical and pharmaceutical research and to molecular imaging diagnostics of the biology of disease in patient care.

At UCLA, Phelps developed the first clinical PET center, and was subsequently appointed the Chief of the Division of Nuclear Medicine in the UCLA School of Medicine. He led a national effort with faculty from medical schools across America to gain FDA approval and reimbursement for PET molecular imaging diagnostics of the biology of disease with the help of the Congress (Senators Stevens, Kennedy & others). This resulted in FDA approval and federal and private insurance coverage for PET in cancer, Alzheimer’s, Parkinson’s, Epilepsy and Cardiovascular disease.

Phelps was also one of the three founders and member of the Board of Directors of CTI Molecular Imaging, that after Siemens acquired 45% of CTI in a joint venture, the remaining 55% was acquired by Siemens in 2005 for $1.1 billion. Along with UCLA and Caltech faculty, and public figures, Phelps founded Momentum, Biosciences (MoM), the first biotech incubator in the LA area. MoM provides facilities, services and funding for start-up and early stage companies from faculty at UCLA and Caltech. He is also one of the founders and board member of one of MoM’s companies – Sofie, Biosciences.

Phelps holds no ownership in any of the faculty founded companies, but rather helps faculty fulfill their hopes & dreams of delivering their inventions & discovery to improving healthcare through commercialization to the public benefit.